On 10th March this year I posted an article to our web site about Todd Bentley’s remarriage and plans for a relaunch back into ‘ministry’. In that article I quoted a statement put out by Rick Joyner of Morningstar Ministries who were seeking to ‘rehabilitate’ Todd Bentley. In his statement Mr Joyner wrote –

END_OF_DOCUMENT_TOKEN_TO_BE_REPLACED

Today I received an email asking me if I had any information on a movement calling itself ‘Emerge Wales’. Set out below is the email I received together with a copy of my reply to that email. At the end of the article [immediately after my reply email] I have also included the full downloaded sections from the ‘Emerge Wales’ web site that I refer to in the email. I have also included a little scriptural anecdote that came to mind based on the National flag of Wales from where this movement originates.

END_OF_DOCUMENT_TOKEN_TO_BE_REPLACED 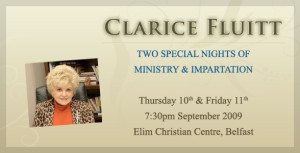 END_OF_DOCUMENT_TOKEN_TO_BE_REPLACED

Last year as a ministry we spent much time and energy reporting on and exposing the fraudulent so called ‘Miracle Healing Crusades’ conducted by Todd Bentley in Lakeland in Florida and I don’t plan to revisit those God-dishonouring events in this article – a search of our website and those of other faithful watchmen ministries will yield all the information necessary to discover the devilish nature of events in Lakeland. The ‘Miracle Healing Crusade’ came to a shuddering halt when it was discovered that Todd Bentley had ‘entered into an unhealthy relationship on an emotional level with a female member of his staff’ – at least that’s how the board of Mr Bentley’s then ‘Fresh Fire Ministries’ initially put out the story – subsequent revelations showed how very wide of the mark this first statement was.

END_OF_DOCUMENT_TOKEN_TO_BE_REPLACED

Vaccinate now [via DVD] against the TB [Toronto Blessing/Todd Bentley] and ALPHA outbreaks planned for St Andrews Church, Chorleywood in the Autumn of 2008.

The church website of St Andrews Church, Chorleywood, Hertfordshire in England is currently a living testimony to just how far “seducing spirits and doctrines of demons” [1st Timothy 4:1] have infiltrated and infected professing Christendom.

Their forthcoming events include the following –

The promotional write-up for this event included the following –

On April 2nd, a move of God began in Ignited Church in Lakeland Florida. Todd Bentley, a powerfully anointed evangelist, began holding nightly meetings which were initially attended by about 700 people but soon grew to 9000 and even more.

END_OF_DOCUMENT_TOKEN_TO_BE_REPLACED

In the article already posted to our website titled Todd Bentley and his ‘Healing Revival’ in Florida I made reference to how unfortunately this had impacted locally here in Northern Ireland. I wrote the following in that article –

‘Sadly from a local perspective the events in Lakeland are being given both coverage and credence in the Elim Christian Centre in Alexandra Park Avenue and there are links on their website to enable people to watch what is happening…the Belfast Pastor, Brian Madden…the Pastor tells of visiting a young man in hospital who he claims was clinically dead for 15 minutes [during which time he apparently ‘saw the devil’] but of how he felt led to ‘anoint the sides, head and foot of THE BED with oil’ and to ‘rebuke the spirit of death’.

END_OF_DOCUMENT_TOKEN_TO_BE_REPLACED

On a link later in this article you will be able to watch a segment from the ‘Toronto: Antics & Heretics’ talk [still available on DVD] that I gave at that time and my prayer is that it will be truly helpful in showing that what is happening in Lakeland is nothing more than a repeat of the diabolical deceptions that gripped those who travelled to Toronto [and later to Pensacola] to get ‘the blessing’. Some of those involved in the Toronto and subsequent Pensacola debacles have been hyping up the events in Lakeland as a precursor to ‘another wave of Holy Spirit revival’. According to Charisma magazine [22nd April 2008] we learn –

END_OF_DOCUMENT_TOKEN_TO_BE_REPLACED

A helpful book for such a deception as this:

‘True To His Ways’ by Ruth Davis.

In recent weeks I have had a number of inquiries concerning a supposed ‘Healing Revival’ taking place in Lakeland, Florida under the ‘ministry’ of Todd Bentley.

I was first alerted to these happenings when an inquirer sent me a copy of a ‘personal update’ that had been issued by Mr Bentley. This is that ‘update’ – 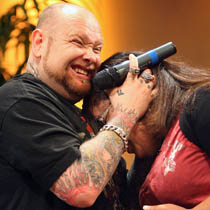