In recent days someone posted on my Facebook timeline a link to an article about a lady called Vicky Beeching who apparently is well-known in ‘Christian music circles’. This was the link and what appeared in the article – 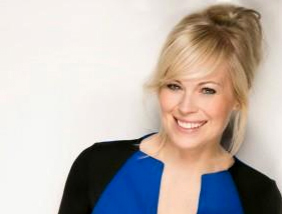 LONDON – Less than a year after announcing her support for same-sex ‘marriage,’ a UK-based worship artist whose songs are sung in American churches on any given Sunday has come out as a lesbian.

Vicky Beeching first was introduced in the Christian music industry in 2002, but became more prominent with the release of her worship album Yesterday, Today and Forever in 2005. The release featured songs such as Above All Else, Great is Your Glory, Search Me, and a new take on the hymn Turn Your Eyes Upon Jesus. She released two additional albums in 2007 and 2010, co-writing the song Glory to God Forever with fellow worship artist Steve Fee and touring with the band Delirious and singer/songwriter Rebecca St. James.