CARL LENTZ of HILLSONG NYC is the subject of a very helpful article for which I will give the link. This man is DANGEROUS to the cause of the Lord Jesus Christ as you will discern from the excerpts of interviews he has given on a number of occasions.

One of those interviews is with Oprah Winfrey and in the earlier interview segments Mr Lentz reminded me of someone who is now a close friend of Ms Winfrey, namely Rob Bell – why does Mr Lentz remind me of him – for these reasons – (a) when asked a question he uses lots of words but never really addresses the issue clearly and authentically biblically, he’s like a bar of soap in the shower, he slithers about and (b) at the conclusion of his interview he goes on and on about ‘God’ and ‘love’ and of course that was the dominating theme of Rob Bell’s book ‘Love wins’ that basically promoted unscriptural and heretical universalism.

My two main concerns are these –

1. He says Jesus rarely talked about ‘morality’ – by his use of the word ‘rarely’ is he insinuating that ‘morality’ was not a major issue where the Lord Jesus was concerned? I can immediately think of 2 examples where the Lord Jesus talks about ‘morality’ and clearly it is a major issue – (a) He tells the adulterous woman who had been brought to Him to “go and sin no more” (John 8:11) and (b) He lists all of the sins that proceed from the human heart and includes in the list “adulteries, fornications” and declares that “these are the things that defile a man” (Matthew 15:19 & 20).

2. When asked by Ms Winfrey if only Christians can be in relationship with God he answered ‘NO’ and he then explains that in his view Jesus is only a ‘roadmarker, a map’ – on the basis of this answer alone this man is showing himself to have the character of a wolf in sheep’s clothing (Matthew 7:15). This relevant portion of his interview with Ms Winfrey begins @ 2.15.

In closing, mention is made of an upcoming (21-23 September) conference at Bethel, Redding CA with Bill Johnson and others, so this once more identifies the close links between these 2 dangerous groupings who are misleading so many today, especially young people. This is the link to the article 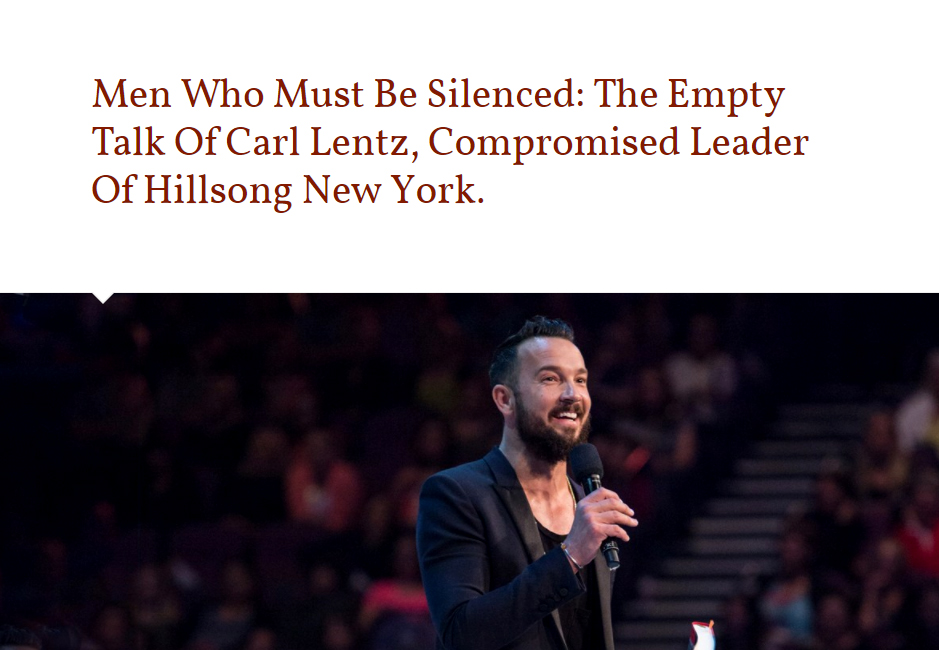 PS Please note also that in the first video clip he says at one point ‘well my bible says’ – and what is his ‘bible’ (displayed on the screen behind him) – THE MESSAGE by Eugene Peterson which is not a ‘bible’ in the sense of a faithful translation but is rather a paraphrase that reflects Mr Peterson’s own (often questionable) thoughts on what the meaning of Scripture is.